This July I met with the artist and writer Charlotte Cory in Paris to discuss her new project for Benjamin Pollock’s Toyshop ‘Acting Up’. Charlotte, on the way to meet me decided to explore the cemetery of Montmartre to find the tomb of French novelist and playwright Alexandre Dumas. Her interest piqued by a recent request from myself for her to adapt the 1844 play of ‘The Corsican Brothers‘ into a modern day version. She did oblige in record time, condensing a 244 page book into under 1000 words. We enjoyed using artistic licence on this project to bring it up to date for 2022 and with that we must admit to using it on this blog. Of course, many of you will know that the original Victorian Pollock’s play of The Corsican Brothers was in itself an adaptation and then in the 1970s a version was produced by Pollock’s Toy Museum. 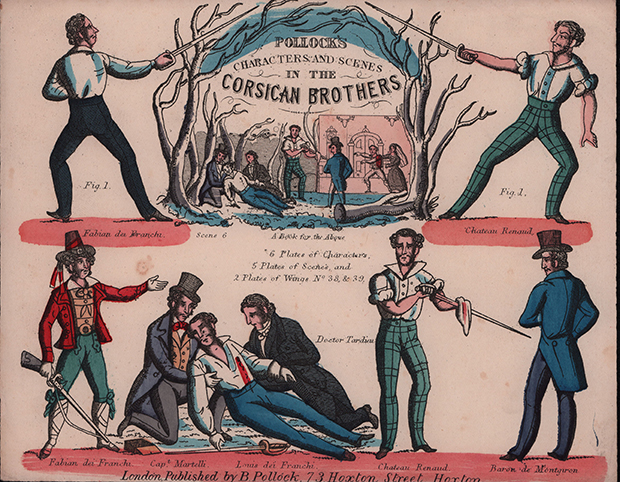 Also, many of you reading this will know that Peter Baldwin, the owner of Benjamin Pollock’s Toyshop from 1988 to his death in 2015 was a collector and performer of the toy theatre. Earlier this year when we decided the time was right to reproduce a new theatre to cut-out and make from Peter Baldwin’s digital archive, we had to choose a play. In the end it was an easy choice as Peter’s favourite play to perform was ‘The Corsican Brothers’. Stuart from Ice Cream at the Interval who turned to designing paper model theatres in lockdown proved to be the perfect partner for this project. He lovingly restored the digital proscenium originally designed by Webb and created a new paper model for 2022. 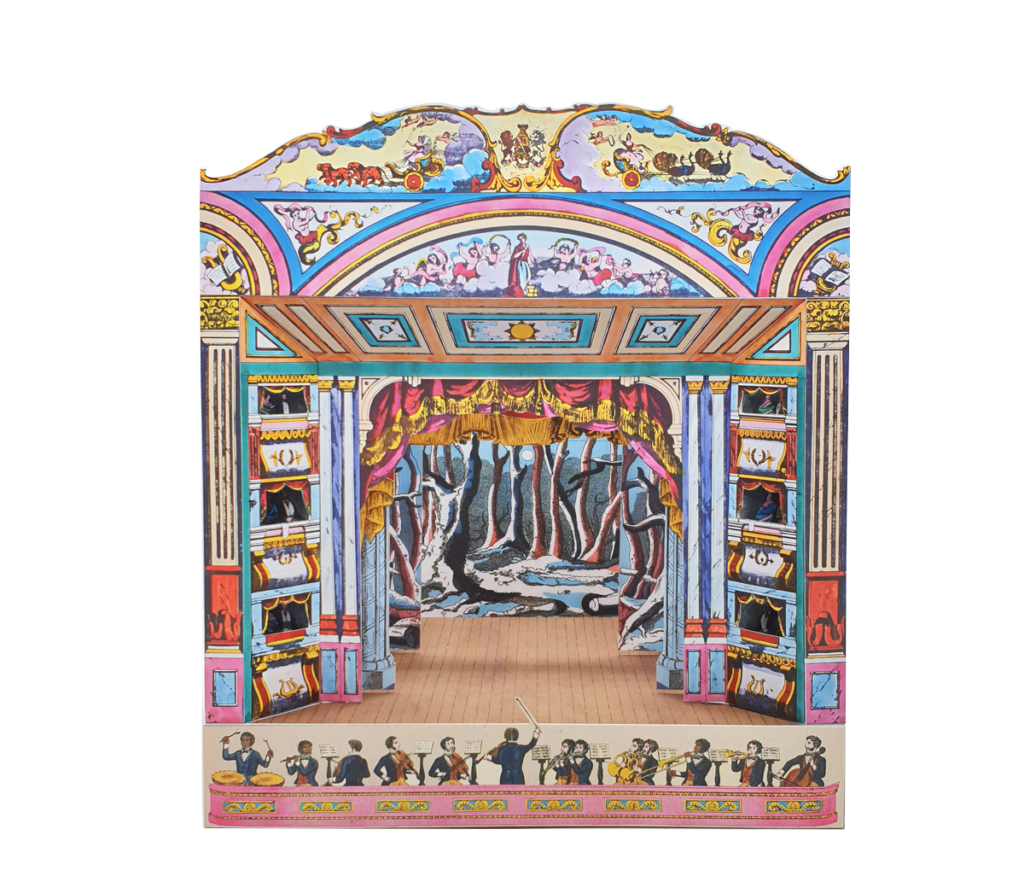 Our version of The Corsican Brothers begins:

NARRATOR: (behind the scene) speaks before the curtain rises : On the island of Corsica there lived twin brothers, Fabian and Louis dei Franchi who enjoyed extraordinary powers of telepathy.  Whenever they were apart they always knew what the other was up to.

The paper play takes us from the interior of an old Corsican mansion to the Forest of Fontainebleu where the famous ghost scene can be enacted , then to the Masquerade Ball in Paris. The final scene in the Forest is the duel between Fabian Dei Franchi and the dastardly Renaud as Fabian must avenge his brother Louis’ death and claim the hand in marriage of Emilie. 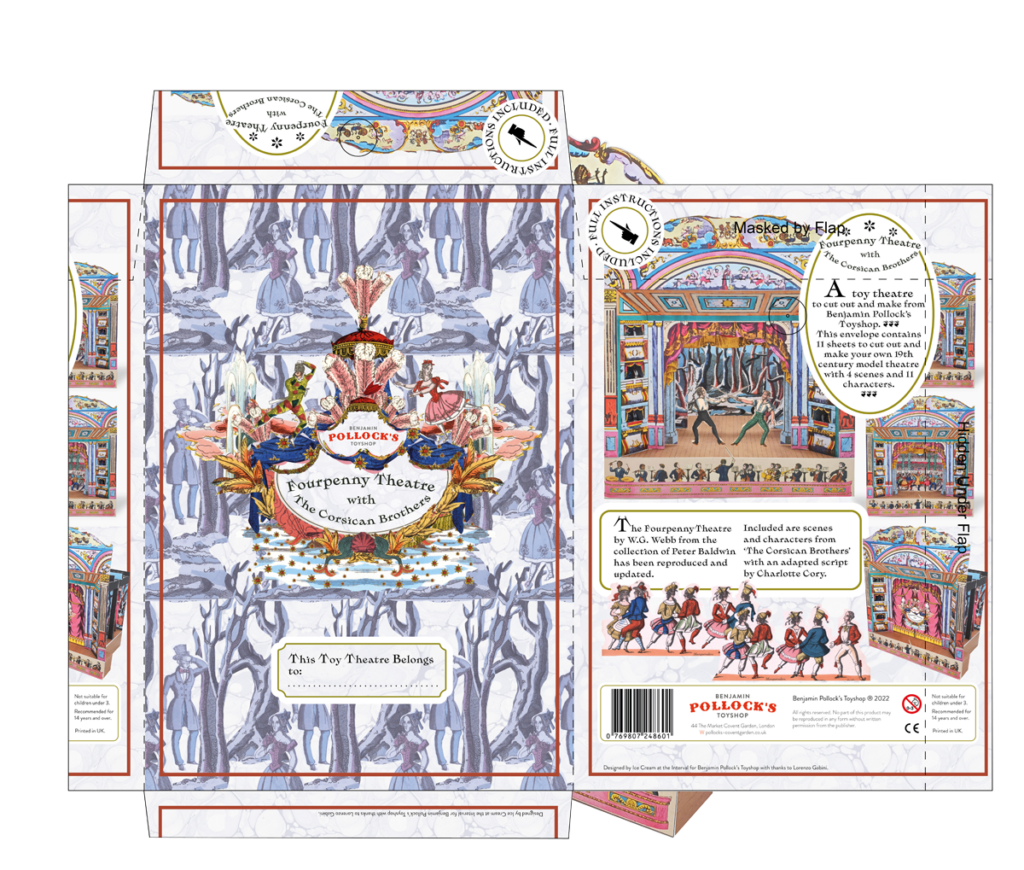 To lighten the mood and in and act of shameless self promotion Charlotte Cory at this point introduces The Crown Prince from The Grand Visitoria. To find out how the ending goes, you will need also to treat yourself to a copy of ‘Acting Up’ as an essential tool in writing your own Victorian melodramas as well as tons of after dinner fun!

So it really has everything – ghosts, parties, romance, and a duel. I remember a performance by Peter to the great and good of Westminster council including the head of Police who enjoyed it from the front row no end. Add in a little surrealism from Charlotte Cory and it really is hours of entertainment.

Peter took on Benjamin Pollock’s Toyshop in 1988 with his brother Christopher who ran the shop on a daily basis until his retirement at the beginning of the 2000s. The Baldwin Brothers are remembered fondly for their shared love of the toy theatre and for giggling their way through the toy buying trips (and vineyards) of Europe. Christopher sadly passed away earlier this year and so the Fourpenny Theatre is dedicated to them and their memory. 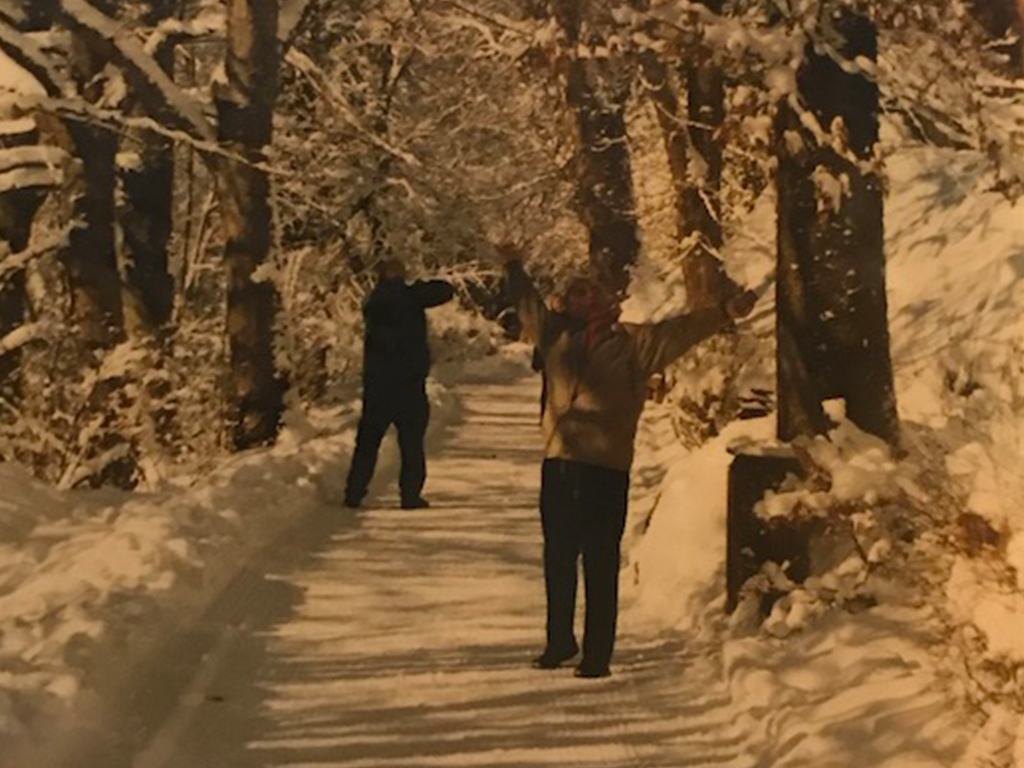 The Baldwin Brothers in the Forests of Alsace